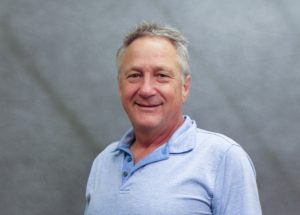 Philip (Phil) Wilson is director of the Human Development Center and LEND, and a Professor in the School of Allied Health Professions at LSU Health Sciences Center-New Orleans.  Phil began working at a residential facility for youth with intense and pervasive intellectual disabilities in 1979 after completing an undergraduate degree at Wabash College in psychology.  He later obtained a Masterâs degree in Behavior Analysis and Therapy at Southern Illinois University- Carbondale.  He worked in a supported independent living center for youth with disabilities and a group home for individuals with traumatic brain injuries who were transitioning from acute care to supported community living while obtaining his Masters.  In the early 1980âs, during the âearly days of the supported employment movementâ, Phil took a job at an institution in western North Carolina, where he focused on finding employment opportunities in the community for residents of the institution. Although he was able to successfully place and support a number of residents of the facility obtain and maintain employment; he was disappointed that the despite achieving community employment the individuals he supported were not able to participate in the full array of community settings and activities due to their institutionalization.  Discouraged by the seemingly insurmountable obstacles to community living and agency caused by institutionalization, Phil went back to school and earned a Ph.D. in Special Education at the University of Illinoisâ Transition Institute.  Subsequently, Phil worked at the Colorado Department of Education as a senior consultant in Severe Disabilities, and later as a member of the National Fragile X syndrome evaluation and research team before taking a job at Western Kentucky University as head of the Severe Disabilities teachers training program.  In 1999, Phil joined the faculty of the Human Development Center and in 2006 he became the Director of the Human Development Center.  He served as an âat largeâ member of the Board for the Association for University Centers on Disability from 2016-2018.

Throughout Philâs career, his focus has been on supporting individuals with developmental disabilities to participate fully in the community and preparing future generations of professionals to continue moving society toward improved quality of life, agency and full participation in the community by persons with disabilities.